After being rank as the most expensive city in the world by the Economist Intelligence Unit’s Worldwide Cost of Living Survey for the past five years, Singapore has been joined by two new cities this year. Making its way on the list with Singapore is Paris and Hong Kong as all three had a WCOL Index score of 107. The World Cost of Living Index score is created by the EIU to help companies determine cost-of-living allowances and also guide them in configuring compensation packages for global business travelers. Compared to living in New York City which is ranked as the 7th most expensive, Singapore, Paris, and Hong Kong are 7% more expensive to live in. The EIU credits Southeast Asia’s presence at the top of the list to their grocery shopping being more expensive than others.

Other cities that made the list are Zurich, Geneva, and Los Angeles at 4th, 5th, and 10th respectively. Osaka, New York, and Los Angeles did not make the top 10 last year but have jumped up ranks of four or more this year to be within the top ten. This year’s rankings were interesting because there were multiple ties for the ranks. With three-way ties for 1st and 7th and two-way ties for 5th and 10th, the list of World’s Most Expensive Cities actually totaled 11 cities. There was also an absence of Australian and New Zealand cities this year as their weaker local currencies decreased their rank. It is important to keep in mind that even though Asian cities like Singapore rank highly, many other parts in Asia are all the way at the bottom, like Chennai and New Delhi. It will be interesting to see if Singapore will remain the most expensive place to live over the year and be ranked 1st for the 6th year in a row at the end of the year. 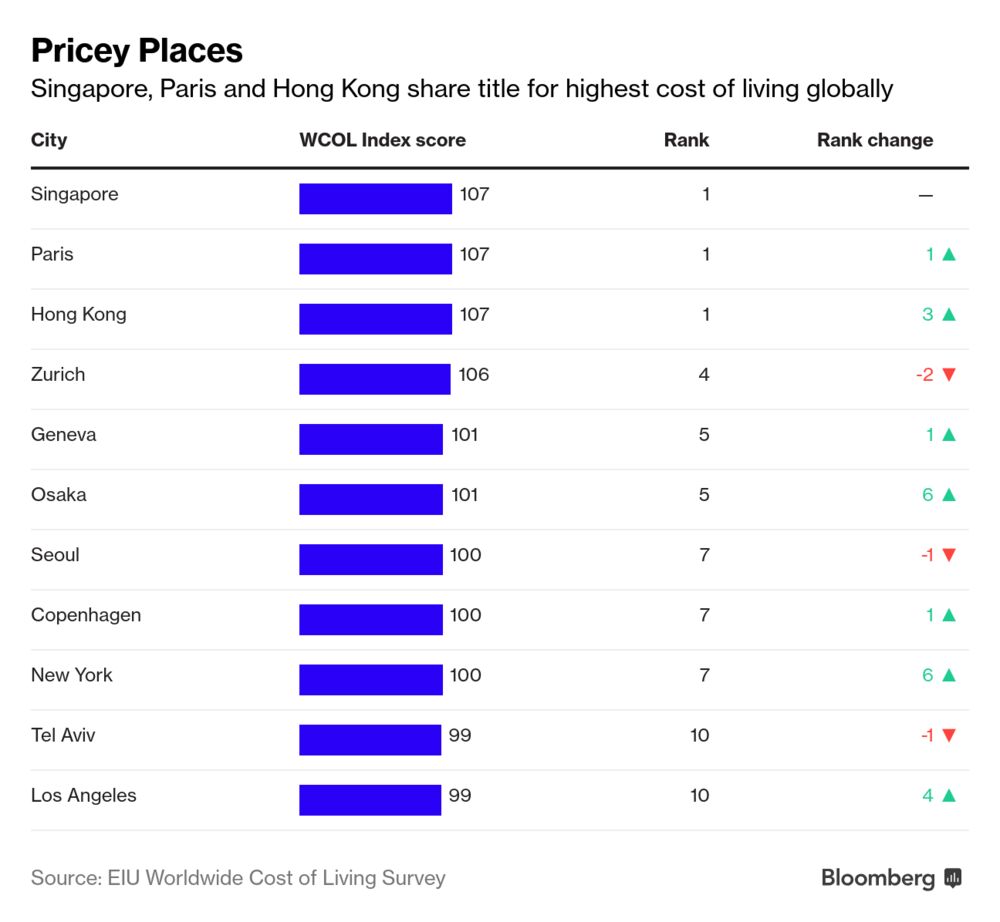